No, I’m not drinking a 60-proof cocktail this early on a Sunday. But I fixed this drink last night while putting the finishing touches on the post. The Roosevelt (named for Teddy, I’m told) is a stiff drink with spiced rum, dry vermouth and OJ. I’ve been wanting to try it for a couple weeks now, and a rum cocktail seemed to fit here since one of the locales in today’s comic is an island-nation in the Caribbean. Here’s the recipe I threw together (ratios from liquor.com) 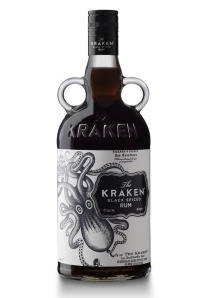 Combine all in a shaker over ice, shake and strain to your garnished glassware of choice (technically I guess it belongs in a martini glass).

This is officially the first cocktail I’ve mixed that I just plain didn’t enjoy. It’s very dry and very boozy — the former is not necessarily a criticism, but the latter definitely is. I like my drinks to have a bit of a kick to them, but the presence of alcohol in this concoction is just overwhelming, and somehow the rum’s spicy flavors are most decidedly AWOL in a drink that contains roughly 65% spiced rum. And what the hell is the OJ doing in there? Nothing. Absolutely nothing.

I thought maybe I could track down a recipe with more forgiving ingredient ratios, but to no avail. IF for some reason I were to fix this drink again, I’d either switch to a sweet vermouth, use simple syrup instead of sugar, or both (granulated sugar will not dissolve in solutions of high alcohol content, and this drink is about 30% alcohol). I might even up the vermouth to 0.75 or 1oz to bring that proof down a bit.

On first glance the Roosevelt sounds intriguing, but without some serious tweaking it remains a seriously flawed beverage in my mind. I struggled to get to the bottom of the glass, and so did my spouse/drinking buddy.

Luckily, legendary Bat-writer Dennis O’Neil comes through for us in this 5-comic arc from 1991. Originally published as Batman: Legends of the Dark Knight #16-20, Batman: Venom tells an early story of the Batman’s career in which his failure to rescue a young girl sends him into a guilt-ridden addiction to the super-steroid code-named “Venom” — the same drug that will one day fuel his nemesis, Bane.

In this tale, Batman is vulnerable and repulsive; a miserable, whining junkie who almost becomes a murderer for a handful of steroid pills. And yet Venom stands among the most powerful reasons why Batman can throw down with the gods and supermen of DC Comics.

Concerning mystery, intrigue, and feats of derring-do, Venom has it all. From street punks to super-soldiers, from death traps to dangerous obsessions, Denny O’Neil showcases the breadth of Bruce Wayne’s abilities and pathos. To overcome his chemical and psychological dependency on the story’s eponymous super-steroid, Batman locks himself in the Batcave for A MONTH. Emerging from pretty much the most hardcore cold-turkey ever, he heads to the Caribbean and kicks over an island full of James Bond-style paramilitaries. And did you ever wonder who would win in a fight between the Dark Knight and a great white shark?

But it would be a mistake to consider Venom nothing more than D.A.R.E. lesson starring some 007 villains. The comic’s morality tale on substance abuse is the most apparent and least interesting element of the story.

Lacking the strength to free a young girl from a collapsing sewer tunnel, Batman begins to doubt his own efficacy, despite his many years of mental and physical training. “I was too weak to save her…. I wasn’t strong enough,” he says. After some trepidation, he starts popping “Venom” pills to dramatically increase his muscle capacity so the tragedy with the girl in the sewer will never happen again.

In other words, Batman goes looking for superpowers. In a dream sequence, the comic juxtaposes his failure to save the girl with an image of Superman — suggesting that if Batman had super-strength, the girl would still be alive. Or so Batman’s nightmares would have him believe.

Superheroes usually have a weakness, something that confounds them or deprives them of their fantastical powers. It’s the Achilles’ heel transposed into modern comic mythology and generalized into a genre trope.

(Achilles and Superman are in many ways cultural analogues, and so are the former’s heel and the latter’s Kryptonite.)

Examples abound; it is, after all, a trope:

Each Green Lantern ring always has some kind of substance over which it has no power (wood, anything yellow, etc.). And of course, if you take the ring away, GL is basically the definition of “Average Joe.”

Martian Manhunter is mortally afraid of fire; it’s deadlier to his species than any other hazard he and the Justice League typically face.

Even mere-mortal heroes like Green Arrow or Iron Man are pretty much just snarky, rich douche-bags when stripped of their signature weapons and armor.

But… not so the Batman. Take away the high-tech suit, the gadgets he’s invented, the custom-made cars, the most powerful computers on the planet, and… he’s still the goddamn Batman. All the tech is just for the sake of expedience and/or looking scary. Bruce Wayne is a force to be reckoned with because of his knowledge, experience, and training — in other words, because of his identity. No matter the situation, Batman is always 100% as cunning and dangerous as ever.

Duel to the death with a horde of ninjas? Cakewalk. After all, Batman IS a ninja — he just doesn’t need swords or mystical powers or a horde of other ninjas for backup. And, you know, he’s an expert in every single form of hand-to-hand combat on Earth.

Buried alive, drugged unconscious and tied in a straight-jacket? The goddamn Batman will dislocate his own shoulders, tear out of his restraints, punch through the lid of the coffin, hunt you down and make you eat the dirt you buried him in.

Mano a mano with the Man of Steel? Well, here’s the thing: Clark Kent fights fair, while Bruce Wayne fights to win. And because super-intelligence apparently isn’t included in the Kryptonian superpower package, Batman is always three or more moves ahead of Supes. Game over, Clark. Game over. And by game over I mean you’ve just been electrocuted, shell-shocked and decked in the face by the guy wearing the Kryptonite ring you gave him. 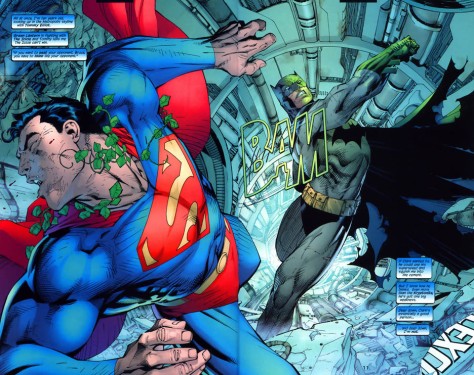 Fanboi rant over. You just can’t hamstring Batman the way you can other heroes. He’s got weaknesses, sure, and this comic dives headfirst into his struggles with survivor’s guilt and his own fallibility, but the point is Batman doesn’t have “superpowers” because being Batman IS the superpower.

Venom gives us a most unwelcome taste of what happens when Batman goes looking for supernatural abilities to compensate for the fact that he’s fallible — and the cost is terrible. The cost is his integrity, his incorruptibility. Not to mention the respect of his friends and readers.

The irony is he’s so critical of himself that he equates his fallibility with his lack of superpowers, when of course we know Superman and Wonder Woman and Green Lantern and all the rest are just as fallible as anyone else.

TL;DR — Batman: Venom is a typically dark and self-reflective Dennis O’Neil Bat-story that functions well on its own, even as it foreshadows the emergence of Bane in the Knightfall story arc.

And skip the Roosevelt — if you want a dry, boozy drink, just double down and fix yourself a Martini. Or if you’re dead set on rum, grab a Daiquiri or a Dark ‘n’ Stormy — they do a much better job of showcasing all those delicious spiced rum flavors. 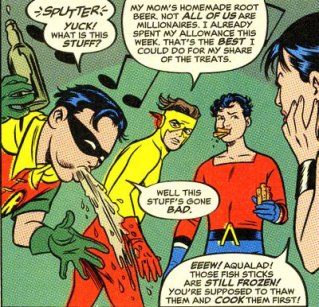