I don’t remember a time before I liked comic books. Probably the obsession started with Bruce Timm’s Batman: The Animated Series. I am certain my love of reading started with comics. When I was 9 or 10, I was given a family friend’s old collection. Frank had been collecting Spider-Man, X-Men, and Wolverine, but wanted to start fresh with the brand-new Sovereign Seven series.

Many of those original comics have since been lost or destroyed. But not all of them! I added to that collection since the day it was handed down to me all the way up through high school. I’m still adding to it today, but all my college and post-college comics have a separate box and much less nostalgia less mystery. My first collection has been sitting in a couple of boxes at my parents’ since roughly the summer of 2008 until Thanksgiving 2014. Now it’s back with me, and it’s finally time to begin the Great Comic Re-Organization of 2014. But what’s a comic collection if you’re not going to read and enjoy them? What can I say, I’m a terrible collector. It’s time to take that bottle of Adams’ Reserve from the back of the cabinet and crack it open. Every month, I’ll share a sip: one comic from my dog-eared collection. To start things off, let’s dip into the macabre. This murderous, malodorous, and malignant little page-turner is part of a line of re-prints of 1950s EC Comics. The company responsible for Tales From The Crypt, they also published Weird Science, The Vault of Horror, and Shock SuspenStories. Without further ado, this terrifying ghost of comics past is…

What makes these comcis so legendary? Judging by Tales From the Crypt #14, it’s a demented sense of humor. A prospector smiling his greedy murderer to death. An old uncle who turns out to be a cannibal. It’s melodramatic and the narration is redundant (or is the art?), but this comic still puts a smile on my face because it’s self-conscious of its own ridiculousness. The comic’s final feature, “The Witch’s Cauldron,” exemplifies this with the introduction to a story called “Mournin’, Ambrose…”

You know why they give me this spot? ‘Cause I’m the most horrible! Don’t worry! My idiot editors know a bad thing… The fire is lit under my you-know-what, and I’m ready to dish out another of my putrid portions of pulsating pleasentries! This little laddle of lurid loathsomeness will definitely whet your appetite!

The real horror in Tales From The Crypt #14 ? No official author or artist credits. Comic books have come a long way since the 50s. The only credits I can find in  are the pencillers’ loopy signatures hidden in strategic corners of each story’s opening page. Reading this now, it’s easy to see why comics were disparaged as trash throughout the 1950s: the short stories in this comic are clearly produced for the biggest shock value. That said, there’s a surprising amount of zany artistry here. The first story, “Gas-tly Prospects,” is extra bizarre thanks to the dialect of the hillbilly narrator. “Mournin’, Ambrose…,” drips with the florid prose you’d expect from one of H.P. Lovecraft’s cosmic-horror-pulp stories.

Predictable as the twists in these stories are, it’s worth the ride to see how the stomach-turning shocks unfold. Not only does the story whet my appetite, it makes me wish I knew more horror comics– I guess it’s time I ponied-up for the Walking Dead compendiums. Anyway, Lovecraft reader that I am, it’s fun to see how his influence plays-out in an early horror comic like Tales From the Crypt. It makes for a hilariously dumbed down read as the grotesquely descriptive narration eliminates most need for illustration. Upon re-reading, a final, terrifying question nags at the deepest, darkest recesses of my imagination: did the creators of these stories actually collaborate, or was the writing and art thrown together wantonly, with no regard for the insanity it would spread among mankind? This irreverant comic certainly helped corrupt my young mind. It no doubt helped send me down the path of pulp horror, midnight movies, and trashy rock’n’roll.

I wouldn’t have it any other way.

P.S.
For your listening enjoyment, I leave you with another gloriously raunchy piece of art accused of causing juvenille deliquency in the 1950s: Link Wray’s “Rumble.” 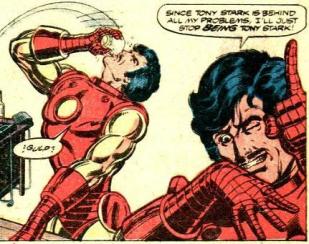 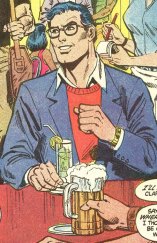 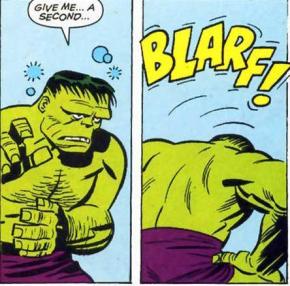