Reposting a previous blog from Sure as Shiretalk re: misogyny in superhero comics. #YesAllWomen 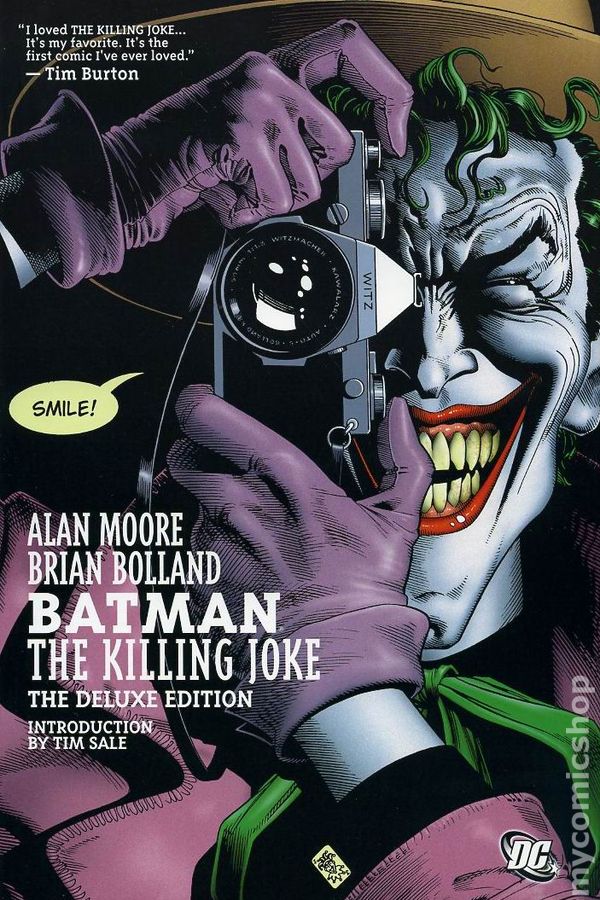 I bought this comic sometime in 2008 or 2009, during its most recent resurgence to popularity. As The Dark Knight‘s release date approached and Heath Ledger revealed it as a source of inspiration for his upcoming performance, Moore and Bolland’s 1988 one-shot (re)surfaced as the definitive depiction, “easily the greatest Joker story ever told.” The Killing Joke is a bizarre, brutal carnival ride of a comic book to be sure, but it doesn’t add anything meaningful to the characters it involves and torments and maims.

It does a lot of subtracting. It robs a beloved heroine of her dignity and the use of her legs. It lowers the Batman to the Joker’s level of depravity. And it diminishes the value and complexity of one of the most compelling villains in comic books.